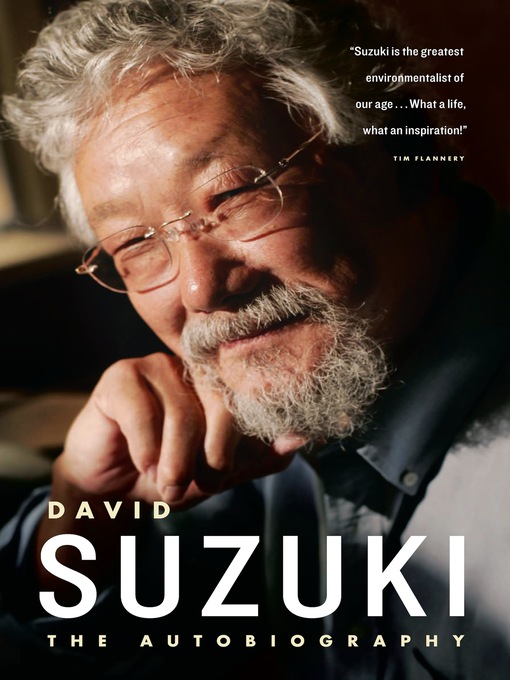 David Suzuki&́#x80;s autobiography limns a life dedicated to making the world a better place. The book expands on the early years covered in Metamorphosis and continues to the present, when, at age 70, Suzuki reflects on his entire life and#151; and his hopes for the future. The book begins with his life-changing experience of racism interned in a World War II concentration camp, and goes on to discuss his teenage years, his college and postgraduate experiences in the U.S., and his career as a geneticist and then as the host of The Nature of Things. With characteristic candor and passion, he describes how he became a leading environmentalist, writer, and thinker; the establishment of the David Suzuki Foundation; his world travels and meetings with luminaries like Nelson Mandela and the Dalai Lama; and the abiding role of nature and family in his life. David Suzuki is an intimate and inspiring look at a modern-day visionary.
Publisher: 2009
ISBN: 9781926685137
Characteristics: 1 online resource data file, rda

I agree with Biggy, even though our earth is fragile we need more solutions to help project it, otherwise this book is meaningful, funny and very educational (weird).

Suzuki's newest memoir shares this environmental leader's formative memoires fishing with his father in BC's backcountry, his experiences of relocation as a Japanese-Canadian during WWII, his passion for science, and his decades of protecting the natural world.

An interesting biography of one of Canada's more recognizable figures. His personal history was interesting, and there is information reminding us the environment is fragile. Although I was disappointed he did not offer more solutions on how one can help the environment.

The Queen Charlotte Islands are at the outer edge if the west coast, a unique setting where we can be transported back to prehistoric times when only natural laws prevailed. It took thousands of years and countless seeds and seedlings before giant trees like those at Windy Bay took root and survived, Many of them are more than six hundred years old. Once it took two men weeks to cut one of them down---today one man can do it in minutes. Is this progress? Wilderness preserves are more than just museums for relics of the past, they're a hedge against our ignorance, a tiny reserve from which we might learn how to use our powerful technologies more wisely. But in the end, our sense of awe and wonder in places like this changes us and our perspective of time and our place in the nature of things.

In the 1970s, Bob McLean was host of a noon talk show on the CBC and invited me to be a guest. At one point, he asked me out of the blue, "What do you think the world will be like in one hundred years?" My answer went something like this: "If there still are humans around by then, I think they will curse us for two things-- nuclear weapons and television." Surprised by my answer, he ignored both my suggestion that humans might not survive another hundred years and the nuclear issue to blurt out, "Why television?" My response was, "You've just asked a profound question. Suppose I had replied, 'Bob, that's a tough one. I'll have to think about it' and then proceeded to think, not saying anything for ten seconds. You'd cut away to a commercial within three seconds, because TV can't tolerate dead air. That's the problem; it demands instant response, which means there's no profundity." Thinking back on that reply, I'm rather impressed with it, because I still believe that today.

There are no age suitabilities for this title yet.